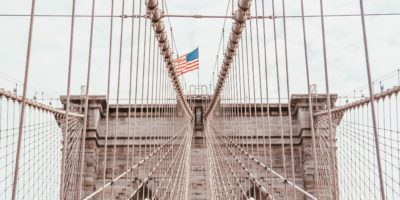 In an interview with City News, Ontario Premier Doug Ford claimed the U.S. blocked a shipment on Sunday with three million Ontario-bound N-95 medical masks. Ford told City News; “We are getting near the crunch, we’re having a real issue with our U.S. counterparts.

Ford called on the White House to exempt Canada from their order to keep 3M masks in the U.S. Ford said there’s not a region in this world the province hasn’t looked at from more masks. “Getting it across the border right now is very difficult,” said Ford.

The Premier said he found out 500,000 of the N-95 masks had been released prior to his media briefing Monday.

During his daily media briefing Monday outside Rideau Cottage, Prime Minister Justin Trudeau remained diplomatic, only saying that Canadian officials are still in talks with U.S. officials about such reports. “We continue to have productive and positive conversations with the United States emphasizing for them that healthcare supplies and workers across the border are very much a two-way street,” said Trudeau.

Deputy Prime Minister Chrystia Freeland says it’s the wild wild west right now when it comes to securing supplies. “I’m going to let Premier Ford talk about the specifics of the Province of Ontario order as he chooses. We did talk about how some masks were having some difficulties coming across the border,” said Freeland.

President Donald Trump made a request to stop selling N95 respirators to Canada.

The White House requested that 3M cease exporting their N95 respirators to the Canadian and Latin American markets.

3M released a statement Friday morning; 3M CEO Mike Roman says the firm will comply, but warned of consequences for health workers. This comes as the death toll in the U.S. hit 10,000 on Monday.

Dr. Theresa Tam, Chief Medical Officer of Health, is now recommending Canadians wear cloth masks (non-medical). Ford thinks it’s a good idea. “By all means, if you can make them I think it’s a good idea.”

On the day application for Canada’s emergency response benefit (CERB) opened, Trudeau addressed those segments of the population the benefit doesn’t help. The Prime Minister promised more relief is on the way for students and people forced to work reduced hours because of the pandemic. “There will be adjustments to the program,” said Trudeau. Conservative Leader Andrew Scheer said changes need to be made to the programs eligibility criteria. Already, some 240,000 people successfully applied for benefit (CERB).