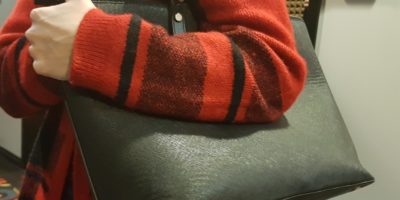 Barrie Police are on the hunt for a bike-riding purse snatcher after two victims came forward.

The first snatching took place on Collier St. near Owen, around 3:00 Wednesday afternoon; just as a woman was leaving an area bank, a young man on a bike reportedly came up behind and grabbed her purse before riding off.

The next day, around 9:30 in the morning, a woman was about to go into a Worsley St. business when she saw a man on a bike smash her vehicle’s window and grab her purse before riding off.

The same suspect is believed to be behind both thefts. He is described as:

Investigators are checking area surveillance for images of the suspect.

Anyone with information is asked to contact Barrie Police Service investigators at 705-725-7025 ext. 2658 or 6484@barriepolice.ca. Any information can be provided anonymously to Crime Stoppers at 1-800-222-TIPS or leave an anonymous tip online at www.p3tips.com.