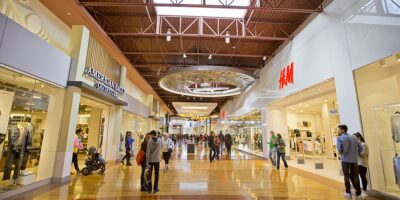 The Ontario government is being urged by a group of retailers to lift COVID-19 restrictions for non-essential stores it claims is making things worse.

The heads of Canadian Tire, Hudson’s Bay, Birks, Ikea, Staples, and others, penned an open letter to Premier Ford and Health Minister Christine Elliot in which they argue shutting down Toronto and Peel Region to stem the spread of the virus has not reduced the number of shoppers.

Instead, they say consumers end up in fewer, crowded stores and adjacent communities.

“Large and small retailers need each other to create a vibrant retail ecosystem,” states the letter. “Collectively, we are asking that you join us in common cause and a shared commitment to keeping Ontario families safe and secure through this extraordinarily challenging period.”

The retailers say they have been forced to lay off thousands of workers instead of employing thousands of temporary people to handle the Christmas rush.

These business bosses want the government to immediately open all retail stores in the province and impose a 25 per cent capacity limit on non-essential stores in lockdown regions.

It doesn’t appear Ontario is going to budge.

Alexandra Hilkene, a spokesperson for deputy premier Christine Elliott, said the government must limit opportunities for individuals to have close contact with others to help stop the spread of the virus.

This includes allowing box stores to operate at half capacity.

Hilkene pointed out in her email that the Ontario government is now providing $600 million in relief support to eligible businesses required to close or significantly restrict services due to enhanced public health measures.