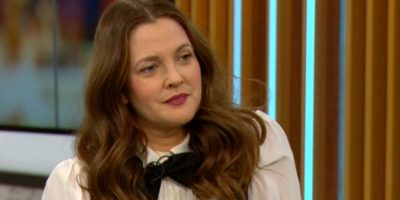 Drew Barrymore said she has not had a drink for over two years after coming to the realization that drinking no longer served her or her life.

“When you are stuck in a pattern or if you are going through things and you not only admit them out loud, but you force yourself to say, ‘I’m willing to make big changes,’ I think we all think we’re very weak when we don’t make those changes,” Barrymore told “CBS Mornings” co-host Gayle King.

“That inner dialogue proves to us, ‘You’re not capable of change. You are weak. You’re staying stuck.’ And when you break that cycle, the empowerment that comes out of it, that says ‘I’m not weak, I’m actually strong, I’ve proven to myself that I am capable of change,’ and I believe people are capable of big changes.”

The actress is known for her bright and bubbly personality, but she told “CBS Mornings” that she did not talk to people about her sobriety for years because it was a “quiet, confident journey.”

“I just want to figure this out and go about this with no profession, no public anything. Let me do this quietly and privately. And now it’s been long enough where I’m in a lifestyle that I know is really working on a high road for my little journey, and there’s so much peace finally being had where there were demons,” Barrymore said.

In a powerful interview with rapper and actor Machine Gun Kelly for her show “The Drew Barrymore Show,” Barrymore talked about going to a facility in Utah after suffering depression after her divorce.

“And I just wanted to go talk to some people on how to pull myself out of a hole that I got stuck in, and I couldn’t pull myself out, and I just couldn’t see the light. And I had these two kids that I had to fight for and be the best person, and they always inspired me to be my best. And I needed help, so I started reaching out to different people, and eventually, I really made some big sweeping changes in my life and I got on a whole new track, not back on track, but a brand new one that I helped build,” Barrymore tearfully recalled on her show.

She opened up about her own personal experiences after Kelly told to Barrymore that he sometimes feels pressure to hide his feelings.

Watch A Sneak Peek Of Their Conversation

“I think I’m new to being vulnerable outside of songs. So, it’s like I see a lot of pictures of me, and there’s smiles on them. I’m always like, it’s just weird, though, because I didn’t feel good at all that day,” Kelly told Barrymore. “And I kind of am sick of smiling on days when I don’t feel like smiling and I feel this added pressure because I don’t want like my fans to think that I’m taking something for granted.”

The episode with Machine Gun Kelly airs Friday, December 10. Barrymore said the conversations with Kelly “broke a pattern” and was not expected. “I was just so surprised by his vulnerability, as was he,” she said.

Barrymore said that social media and other pressures of society are forcing everyone to take a deeper look within themselves.

“We’re in an impasse and a crux of a moment where I think talking about how we figure ourselves out, how we fix ourselves, takes a journey, solutions,” she said.