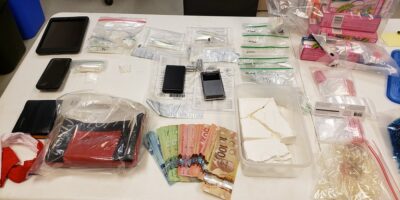 Two people are facing drug trafficking charges after a raid in Orillia.

As part of a trafficking investigation by Orillia OPP’s Community Street Crime Unit, a search warrant was taken to a Shannon Street home just after 6:30 p.m. Thursday.

Police say the search resulted in the seizure of a large amount of cocaine and cash, as well as other drug trafficking items. Two people were taken into custody. Two Orillia residents, aged 31 and 35, are facing drug possession and trafficking charges. The younger of the pair also faces a charge of possession of stolen property.

Both suspects will face an Orillia judge in mid-August.