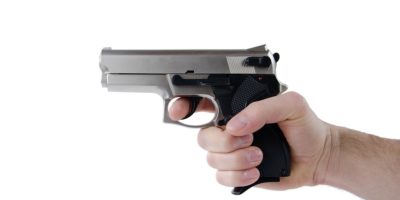 Cash and cigarettes were taken in an early morning hold-up at a convenience store on St. Vincent Street in Barrie.

The clerk told Barrie Police the suspect, armed with a gun, entered the store just before 2 a.m. and demanded the till be opened.

The clerk complied, handing over a quantity of cash.

The suspect was wearing:

Investigating officers are asking anyone who may have information to contact Detective Constable Ford of the Barrie Police Service at 705-725-7025 ext. 2507 or jford@barriepolice.ca or Crime Stoppers at 1-800-222-TIPS (8477).