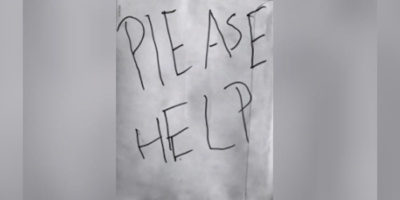 Two workers with Northern California’s Pacific Gas & Energy rescued an elderly man who was trapped in his home in Calaveras County for five days due to snow, CBS Sacramento reported. Stockon-based PG&E troublemen Adam Gossett and Ean Collins were in the area of Big Trees Village where they had been working on restoring power impacted by a heavy storm.

It was there that they said they heard a faint scream coming from a nearby home covered almost completely in snow, the utility said in a news release.

“He was saying, ‘Help me,’ and ‘I’m hungry,’ so we grabbed our bagged lunches and some water and made our way to him,” Collins said.

The utility said the man had blown a whistle for two days as a call for help and placed “Please help!” signs in his windows with no luck.

PG&E said the workers found that the 74-year-old man had been trapped in his home for nearly a week and was without food, power, heat, or a phone.

“He was shivering and clearly in distress,” Gossett said.

Gossett and Collins called 911, PG&E said, and responders found the man was a diabetic and in need of additional care.

“He said he had been praying for someone to help him. I told him, ‘God answered your prayers today,'” Gossett said. 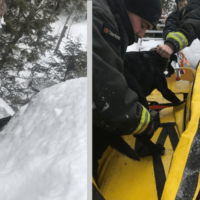 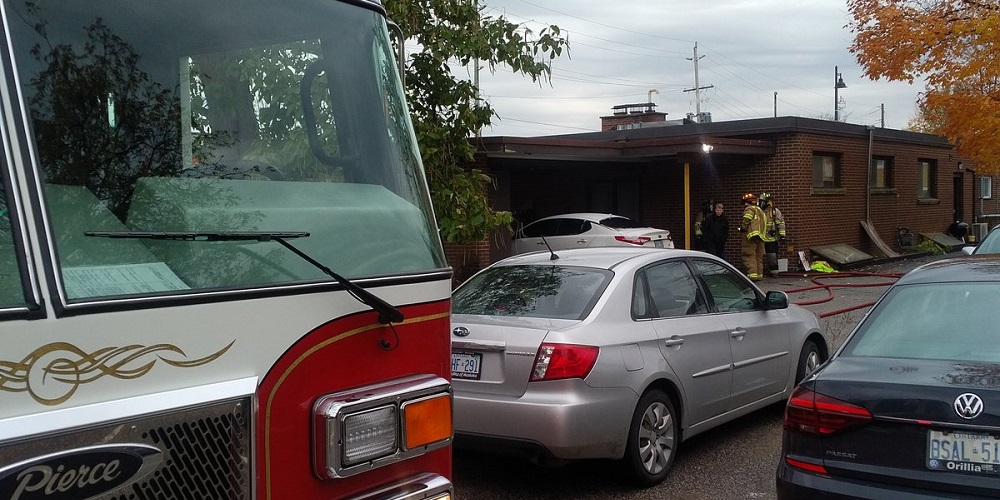 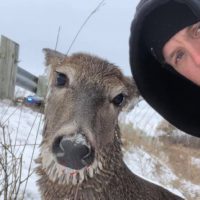