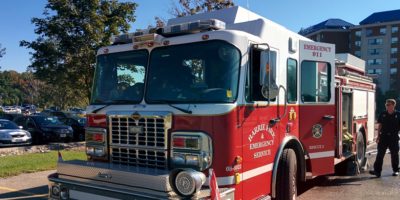 A fire at a tornado-damaged home in south Barrie has been deemed accidental.

The blaze at a house on Sun King Crescent on Saturday, September 18 was contained to the home’s garage. Deputy Fire Chief Carrie Clark tells Barrie 360 the origin of the fire was electrical in nature.

Clark pegs damage at $100,000, adding it cannot be determined if the damage done to the home by July’s tornado contributed to the cause.

The home has been unoccupied since being damaged by the tornado.