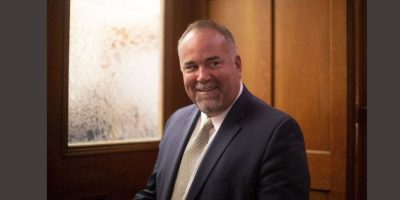 Ontario’s electricity system operator is planning to roll out a program in which customers with smart thermostats would get paid to have their air conditioning remotely reduced on hot summer days.

He announced Tuesday that he accepted its recommendations and will roll out new and expanded programs starting next year, with a cost of $342 million.

One of the programs will let households with central air conditioning and a smart thermostat volunteer to allow the IESO to lessen their cooling load in order to reduce peak demand on certain summer days, and get paid an as-yet unspecified incentive.

The programs announced Tuesday will have a significant benefit for all ratepayers by 2025, Smith said.

“This expansion will help deliver enough annual electricity savings to power about 130,000 homes every year, and reduce costs for consumers by over $650 million,” he said at a news conference.

The government said that over a lifespan of up to 20 years, the programs will result in three million tonnes of greenhouse gas emission reductions.

The programs also include support for greenhouses in southwest Ontario – such as incentives to install LED lighting or resources such as solar generation or battery storage – as well as enhancements to the Save On Energy Retrofit Program for businesses, institutions and municipalities.

“Whether it’s funding for municipalities to upgrade the chillers at their local rinks or arenas, funding for a hospital to make HVAC or air handling system upgrades or funding for a local business for building upgrades like new insulation or better windows and doors,” Smith said.

“All these upgrades would not only reduce demand on the provincial grid, but also reduce energy use and operational costs.”

Ontario’s opposition parties said the programs announced Tuesday don’t even replace a number of energy conservation programs previously cut by the Progressive Conservative government, such as an incentive for buying energy-efficient heating and cooling equipment and energy efficiency incentives for new buildings.

In recent months, the IESO has been planning new conservation initiatives as well as looking to procure new electricity generation while it looked to fill an upcoming electricity supply gap, with Pickering Nuclear Generating Station set to shut down and demand rising.

But Smith said last week that the province plans to run Pickering for an extra year, to 2026, and possibly refurbish it to operate for another 30 years as “unprecedented growth” in areas such as electric vehicle manufacturing means demand could increase even more quickly than previously anticipated.

The IESO says conservation is a cost-effective and environmentally friendly way to mitigate demand.

Critics of the Progressive Conservative government say the province would not be in as much of a supply crunch now if it hadn’t cancelled 750 green energy contracts during Ford’s first term.

Banner image: Todd Smith, is seen outside the Legislative Chamber in Toronto following Question Period, on Monday, May 27, 2019. THE CANADIAN PRESS/Chris Young

This report by The Canadian Press was first published Oct. 4, 2022.