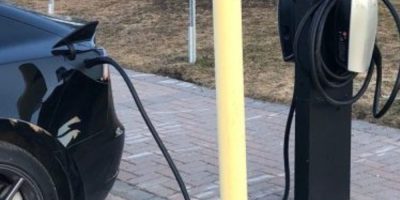 Electric vehicle owners travelling Highways 400 and 401 will have more options to charge their vehicles.

This brings the total number of ONroute stations with EV chargers to 11.

“Ontario is putting shovels in the ground to build critical infrastructure that will boost EV ownership, support Ontario’s growing EV manufacturing industry and reduce emissions,” said Energy Minister Todd Smith. “With EV fast-chargers now available at 11 ONroute stations along our province’s business highways, it’s even more convenient than ever for workers and families to grab a coffee or a meal while charging their car.”

The province announced a roll-out of new fast-charging stations in December, with 69 of them to be built at all 23 ONroute locations. There will be at least two EV fast-chargers at ONroute sites along Highways 400 and 401, with busier sites equipped with more. The chargers will be available to all drivers on a pay-per-use basis and will serve all vehicle types.

The addition of these charges is a partnership of the Ontario government with Ivy Charging Network, ONroute and Canadian Tire.

“Today’s announcement means that local commuters will have more choice and convenience when it comes to driving an electric vehicle,” said Barrie-Innisfil MPP Andrea Khanjin. “As we open the first electric vehicle fast-chargers along Highway 400, it’s also good news for our tourism sector in Simcoe County. This great opportunity also means more job creation in our province as we are mining the resources right here in Ontario for electric vehicle batteries.”