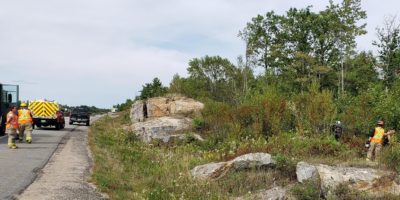 A crash near Honey Harbour has claimed the life of an elderly man.

Emergency crews were called to the northbound lanes of the 400 just before 1:00 Wednesday afternoon with reports of a single-vehicle crash. Police arrived on scene to find the vehicle about 20 meters off the highway and into the ditch near Nicholsons Road.

An 88-year-old man from Muskoka Lakes, said to be the only occupant of the vehicle, was pronounced dead. Police continue to investigate the cause of the crash.