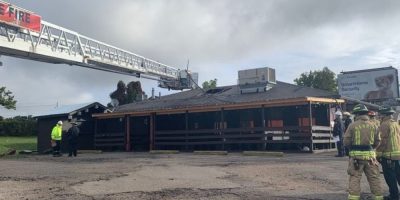 Firefighters were met with flames shooting through the roof of Tandoori Kingdom when they arrived at the Barrie restaurant, which is located on Blake Street near Steel Street.

She says flames were venting from the roof.

The fire does not appear to be suspicious.

The cause of the fire and the damage total is unknown.