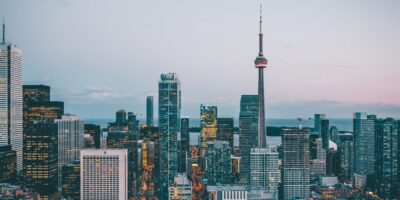 There is a continued exodus from the GTA, and it looks like Simcoe County is the place to go.

A report from Statistics Canada indicates more Canadians moved outside of urban centres than ever before in the period between July 2019 and 2020. The report claims factors like the ability to work from home, the need for green space, and growing real estate prices in major urban centres as the main reasons why. The exodus continues despite the pandemic.

The brokerage site Zoocasa crunched the numbers from the Toronto Regional Real Estate Board (TRREB) and claims Simcoe County saw the highest increase in the percentage of house sales among all GTA regions. Detached and semi-detached house sales grew 21 per cent year-over-year, from April to December 2020 compared to the same period in 2019. In that nine-month period, 2,393 homes changed hands, and the average sold price grew 17 percent to an average of $766,083. The highest in Simcoe County was Innisfil, with Zoocasa saying the town recorded a 36 per cent increase in detached and semi-detached house sales at 829 units.

Durham Region followed with a 17 per cent growth in sales year-over-year. York Region also noted significant growth in house sales compared to the year previous, and even though King Township saw a whopping 75 per cent increase in sales, the region as a whole didn’t perform as well as Simcoe County.

Housing sales growth for detached and semi-detached houses was much more subdued in the City of Toronto with 99 homes changing owners between April and December of 2020. Prices grew by 11 per cent to an average of $1,404,498.