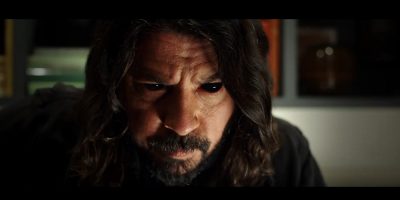 They can act too!

The trailer for the Foo Fighters film ” Studio 666″ has dropped, and it’s a must-see for any respectable Foo fan.

The full-length horror-comedy centres around them recording their 10th album, “Medicine at Midnight,” at a presumably normal mansion.

Grohl said in a statement, “Be ready to laugh, scream, and headbang in your popcorn. STUDIO 666 will f#? you up”

It hits theatres on February 25.

In a statement, her family said, “Our beloved earth angel, Ronnie, peacefully left this world today after a brief battle with cancer. She was with family and in the arms of her husband, Jonathan.”

In the 1960s, Spector was the lead singer of the girl group “The Ronettes” with her sister Estelle Bennett, and their cousin Nedra Talley.

They had several hits through the ’60s including, Baby, I love you, Be My Baby, and Walking in the rain. In 2007 the group was inducted into the Rock and Roll Hall of Fame.

She was married to music producer Phil Spector from 1968-1972. In 2003 he was convicted of the murder of actress Lana Clarkson. Phil died in prison last year.

Lisa Bonet and Jason Momoa have split up after 16-years together.

The pandemic has issued relationship challenges for many people, and these two are no exception.

They issued a joint statement saying, “A revolution is unfolding ~and our family is of no exception… feeling and growing from the seismic shifts occurring.

“We share this not because we think it’s newsworthy, but so that as we go about our lives, we may do so with dignity and honesty.”

“We free each other – to be who we are learning to become.”

“Our devotion unwavering to this sacred life & our Children.”

The couple has been together since 2005 and married in 2017, and they have two children together.

Machine Gun Kelly and Megan Fox are engaged! MGK popped the question under a tree where they first fell in love.

On Instagram, he posted, “beneath the same branches we fell in love under, I brought her back to ask her to marry me.”

The ring is a unique beauty.

MGK explains, “the emerald (her birthstone) and the diamond (my birthstone) set on two magnetic bands of thorns that draw together as two halves of the same soul forming the obscure heart that is our love.”

Megan posted a video of the proposal and followed it up by saying,” And then we drank each other’s blood.”

Watch the video below, and don’t worry, no blood-drinking is shown.