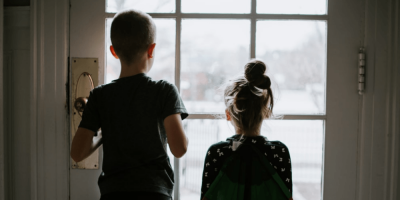 Premier Doug Ford announced today schools will remain closed to in-person learning for the remainder of the academic year. This comes despite the advice from medical experts across Ontario to the contrary.

“I know this is difficult, and very difficult news. It was a hard choice to make. But I will not, and I repeat, I will not take unnecessary risks with our children right now,” said Ford during a media briefing on Wednesday. “The fact is, we’re fighting a third wave driven by variants. And unlike the original strains, we know that some of the variants we’re fighting right now are more dangerous for children.”

The decision to stay online came after Ford requested advice from experts across several sectors, in the form of an open letter addressed to education experts, pediatricians, and medical officers of health.

PREMIER FORD REACHES OUT TO MEDICAL, EDUCATION EXPERTS ON WHETHER OR NOT TO REOPEN SCHOOLS BEFORE THE SUMMER

While the premier said he is following expert advice, Simcoe-Muskoka’s local expert said he and his peers advised against staying home for the rest of the year. “I’ve taken the position, as I think all of my colleagues across the province, fellow medical officers of health, that it would be best to open schools at this time to allow children to come back and experience the positive health effects health benefits, mental health benefits, family health benefits of being in the school environment,” said Simcoe Muskoka District Health Unit medical officer of health Dr. Charles Gardner on Tuesday.

His comments echoed the province’s Chief Medical Officer of Health Dr. David Williams. “My position has been always, like our public health measures table and our medical officers of health, that feel that schools should be the last to close and the first to open,” Williams said at a late May media conference. “Ideally, I’d like the schools open before we enter Step One of our exit strategy.”

Step One is expected to start on or about June 14, when certain vaccination milestones are achieved.

While he listened to expert responses, Ford said it was what these professionals couldn’t tell him that sealed the deal. “They couldn’t tell us that returning to in-class learning before more students and teachers are vaccinated won’t lead to thousands and thousands of new cases,” he said. “The experts couldn’t tell us that it wouldn’t risk spreading dangerous variants and avoid us from moving to other stages, it won’t risk the health of our kids.”

Modelling data presented by the COVID-19 Science Advisory Table on May 20 indicated there would be a six to eleven per cent bump in daily caseloads should schools reopen around June 2 as planned. The table’s Dr. Steini Brown said that increase in caseload could be managed with existing safeguards.

While Premier Ford did say he would make sure school boards planned in-person graduation ceremonies for all students across the province, the Elementary Teachers’ Federation of Ontario called this a PR stunt. “They’re not empathetic until they fear loss of public support,” reads a statement posted to social media.

TEACHERS UNIONS RESPOND TO PREMIER’S REQUEST FOR ADVICE, SAYING THEY’VE BEEN TRYING TO GIVE IT ALREADY

Since early April, students have been learning from home after a substantial boost in caseload impacted the province’s ability to perform contact tracing.

At the Simcoe County District School Board, chairperson Jodi Lloyd said they were prepared for either decision from the premier.

“I think based upon this announcement today we will refocus our preparations for the fall because the hope and intent is that we can return to in-person learning in a regular environment,” Lloyd said.

“We’re also working to put supports in place for students who may have had challenges as a result of COVID suffering mentally and mentally with the isolation.”

Lloyd admitted she was shocked when the premier suggested school boards hold outdoor graduations for students from kindergarten to Grade 12.

“There’s been no consultation with school board chairs, school board directors or with the Ontario Public School Board Association with respect to that announcement,” she said. “We would love to hold all of those things in person, but even the stage one opening that we’re not scheduled to enter until June 14 has a limit of 10 people for outdoor gatherings.”

Lloyd believes expectations have been set that boards will not be able to meet.

“I think parents will have to modify their expectations to what we can reasonably and safely do in a comparison to what was announced to them.”

Lloyd added staff have been working now for a couple of months on preparation for virtual ceremonies.

“There’s been time and effort in the school and with all our communication staff to get things ready. I think today’s announcement is somewhat dismissive of all the work that’s gone into preparing for June.”