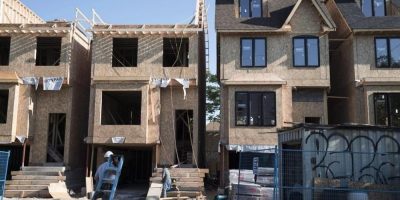 Ontario’s largest communities will get new funding to help speed up development approvals, Premier Doug Ford announced Wednesday as he met with municipal leaders to discuss ways to address the housing crisis.

Ford said his goal for the summit was to come up with concrete ways to allow more families to buy a home.

“While the solutions may seem obvious, implementing them takes a lot of hard work and determination,” he said in opening the virtual summit.

“We know we need to better standardize processes and procedures across regions, and we know we need to improve data collection and reporting so we can better track progress where we can do better.”

A new $45−million Streamline Development Approval Fund will help the 39 largest municipalities approve housing applications more quickly, Ford said. As well, the province said it will work with municipalities to develop a data standard for planning and development applications that should speed up the processes.

“There is no silver bullet,” Clark said after the summit. “Addressing Ontario’s housing supply crisis is a long−term strategy that requires long−term commitment, collaboration and coordination.”

The Progressive Conservative government is expecting a report early this year from a housing affordability task force, which was appointed to look into measures to boost the supply of rental and ownership housing, reduce red tape, and other options to address housing issues.

Clark said changes to zoning rules to allow for more density are among many suggestions under consideration.

“We need housing of all types,” he said. “We need missing middle, we need that purpose-built rental, yes, we need single family as well. But we also need that mixture of homes that really reflects local communities.”

Jeff Lehman, the mayor of Barrie and the chair of the Ontario’s Big City Mayors (OBCM) caucus, said the new development approval fund is appreciated, but more action is needed.

“The run−up in prices is so steep and the rise in rent is so high we’re going to need more substantive solutions to solve the problem,” he said after the summit.

“We can always make the processes better or faster, I think, but we’re going to have to be bolder than that if we’re going to make a substantive difference in the actual cost of housing.”

“Ontario is in the midst of a housing crisis, and today’s Housing Affordability Summit was an opportunity
to identify barriers to increasing a supply of homes that meet the needs of residents across the province,”
said Lehman in a statement after the meeting on behalf of OBCM.

“As Premier Ford said, each of us needs to look in our own back yard, to find what we can do better.”
Lehman added. “There’s already been real progress in reducing barriers to new construction, but more
importantly, there is consensus that we must all be willing and able to do more.”

Ford and Clark are set to host a meeting on Sunday with rural, remote and northern municipalities to discuss their specific housing challenges.

In the resale market, a frenzy peaked in March 2021 at a record high, before moderating by September. But in that month the average home resale price in Ontario was 31.4 per cent higher than the February 2020 pre−pandemic level.

Telling figures illustrating the province’s heated housing markets can also be found in the land transfer tax revenue. In 2020−21, Ontario collected about $3.7 billion in revenue from land transfer taxes. In 2021−22, the total was projected to skyrocket to more than $5 billion.

The Toronto Regional Real Estate Board said earlier this month that a record 121,712 homes were sold through its MLS system last year, up 28 per cent compared with 2020 and nearly eight per cent above the previous 2016 high of 113,040.

Note to readers: This is a corrected story. An earlier version incorrectly said the housing affordability task force will publish its recommendations next year.