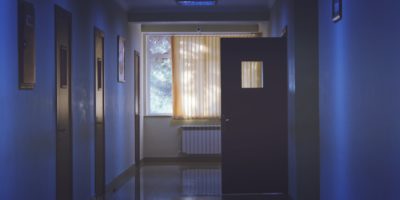 Premier Doug Ford has promised new measures to stop Covid-19 from “spreading like wildfire” at Ontario’s long-term care homes and facilities. Ford has announced a new emergency order ensuring that Ontario long-term care workers can only work at one home at a time.

Of the nearly 8 thousand confirmed cases of Covid-19 reported in Ontario on Tuesday, there were 43 new confirmed deaths. Close to half of all deaths in Canada have been residents of long-term care homes. To date, there have been nearly 100 outbreaks at the province’s long-term care facilities.

Premier Ford opened his media briefing Tuesday saying “we’re in the fight of our lives” right now and that the “enemy is ruthless.” There will be an emergency order issued tonight which will limit staff to working in only one long-term care home at a time in Ontario. Ford says the province will launch an enhanced plan Wednesday with more support and resources for long-term care homes. Ford wants available resources within the health system to be re-deployed to long term care homes.

Prime Minister Justin Trudeau says the federal government is talking to the provinces about adequate staffing at long-term care homes. The prime minister called the situation “terrible and tragic.”

School will not return May 4th

Premier Ford says students will not be returning to school on May 4th, as previously planned. Ford says it doesn’t mean the school year is cancelled.

Parks, playgrounds and social gatherings remain off-limits for at least another 28 days in Ontario. The Ontario legislature sat briefly Tuesday to extend a state of emergency for another 28 days.

Testing expected to ramp up to 8,000 tomorrow

Since the province last provided an update, it has completed 4,852 tests. That figure is still short of Premier Ford’s target of 8,000 tests a day – which he expects the province to hit tomorrow. Public Health officials originally targeted 16,000 daily tests by early May.