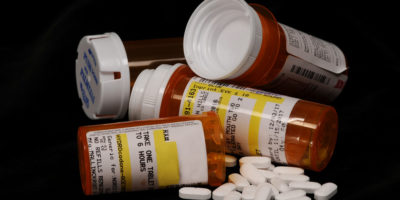 Four people from the GTA are facing charges after the OPP say they pulled a fast one with some pharmacists in Muskoka.

OPP in Bracebridge and Huntsville started getting reports from area pharmacies regarding fraudulent prescriptions that were submitted Wednesday and Thursday. Police say the fraud scripts allowed the suspects to make off with hundreds of prescription opioids.

Police and pharmacists worked together in reaching out to other pharmacies in the area, and shortly after 4:00 Thursday, it was discovered a suspect was at a Huntsville pharmacy waiting for his script to be filled.

Police arrested the 23-year-old Mississauga man as he was heading to a waiting vehicle. The vehicle fled, but police stopped it and arrested the three occupants.

The first suspect and three others, one each from Mississauga, Toronto, and North York, all in their early 20’s, are facing a slew of charges including Uttering Forged Documents, Trafficking, and Possession of A Dangerous Weapon.