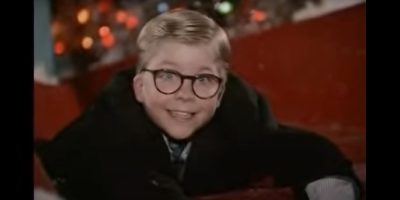 Ralphie is back for a sequel to the holiday classic “A Christmas Story.”

News of the sequel was announced earlier this year, and now we have a teaser trailer for his return home.

“A Christmas Story Christmas” takes place in the 70’s, as a grown-up Ralphie returns to his childhood home with his new family.

Peter Billingsley reprises his classic role, along with Ian Petrella, who played his weird and obnoxious brother Randy.

The teaser trailer mostly shows clips of the old house with soundbites of the original film in the background.

However, we catch a glimpse of our BB gun-loving grown-up Ralphie putting on his famous glasses.

Oh yeah, we see the leg lamp too! It’s an award, after all.

It premiers on HBO on November 17.

Have a look at the trailer below.