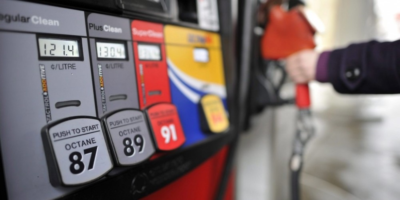 Fuel up before Sunday.

The gas pains motorists have endured this week show no sign of easing.

However, a tiny reprieve at midnight.

Dan McTeague, President of Canadians for Affordable Energy, tweeted on Friday afternoon that the pump price will drop 1-cent per litre on Saturday before skyrocketing 8-cents per litre on Sunday.

McTeague said that will boost the price of gas to $181.9 cents per litre in Barrie and the Greater Toronto Area.

He tweeted there has been a record 23-cent hike in the price of fuel in one week.

In an interview with Barrie 360 on Wednesday, McTeague said there were a couple of factors that have triggered the increases.

“Put very simply, we don’t have enough oil to meet the surging global demand,” McTeague said. “That was the big problem, to begin with, and then what happened in Ukraine just made a bad situation much worse.”

He said even if you don’t drive, you won’t be left unscathed, and that has to do with the soaring cost of diesel.

“That’s something that will be passed on to consumers, and it’s something that is likely to set inflation on a torrid pace,” McTeague said. “It’s also going to raise the cost of just about everything we touch in this country and in the world.”