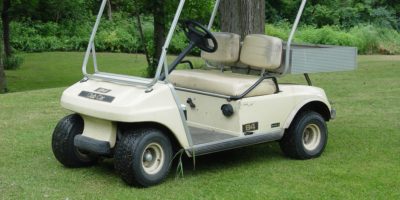 A pair of Bradford teens are facing charges after a few golf carts were taken on a joy ride.

South Simcoe Police were called to a golf course on Line 6 near Simcoe Road around 9:00 a.m. Saturday, with reports of a theft. It appears four golf carts were taken in two separate incidences between Friday and Saturday. While officers were on scene, a call came in of golf carts being driven in the area of Line 6 and Zima Parkway.

Two 15-year-old boys were taken into custody and charged with theft, possession of stolen property, and mischief. The carts were returned to the course with minor damage.