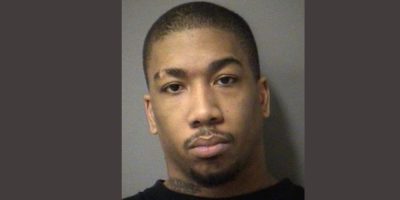 The man behind a series of fatal shootings in the Greater Toronto Area this week was likely looking to target an officer, Peel Region police said Thursday, as they asked for the public’s help in learning more about the gunman.

Toronto police Const. Andrew Hong was killed while at a coffee shop in Mississauga, Ont., on Monday before the same suspect killed an auto shop owner in Milton, Ont., later that day. Another man injured in the Milton shooting is not expected to survive, police said.

The gunman, identified Thursday as 40-year-old Sean Petrie, died shortly after the shootings in a confrontation with police in Hamilton.

Petrie was at the Tim Hortons where Hong was killed for a little over two hours before the shooting took place, police said.

“I believe he was looking for a police officer,” Mavity said.

Duraiappah said Petrie had an “extensive” criminal record – with convictions for weapons offences, armed robbery and assault among others – and in 2007 was placed on a national flagging system as someone with a high risk to reoffend.

Petrie’s last conviction was in 2015 for a criminal driving offence, police said, adding that they did not know much about Petrie’s life in the time leading up to the shootings.

“We have spoken to three immediate family members and … all of them have communicated that they had estranged relationship with Sean, as little as not being in contact for one year all the way up to hasn’t talked to them in five years” Duraiappah said.

“Hence this vacuum of understanding of who he was connected with.”

Duraiappah said police are now asking members of the public for help gathering information on Petrie, particularly on his activity and lifestyle leading up to the shootings.

Monday’s shootings began in Mississauga, where Petrie parked his car near the Tim Hortons where Hong was killed. Police said they believed Petrie was living out of that car, a red Toyota Corolla.

Petrie waited at the Tim Hortons for two hours and 15 minutes before shooting Hong at close range in what police have called an ambush attack. Petrie then moved on to Milton, where he fatally shot Shakeel Ashraf, 38, at an auto shop.

Police said Petrie had worked for a short time at the auto shop, but don’t know whether he was employed at the time of the shooting.

Petrie shot three people – Ashraf and two others – at the auto shop. Halton Region Police Chief Steve Tanner said Thursday that a 28-year-old international exchange student working part-time at the auto shop is on life support and is “not expected to survive.”

“We are not releasing his name at this time out of respect to his family, but we anticipate doing so at a future date and time,” Tanner said.

A 34 year-old man was also shot in the leg while working at the same auto shop and he is recovering at home after being released from hospital, Tanner said.

This report by The Canadian Press was first published Sept. 15, 2022.