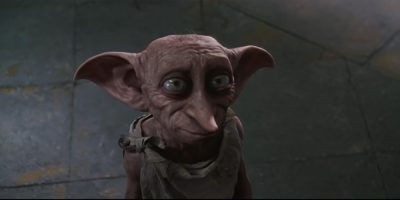 Harry Potter fans are being asked to stop leaving trash at the burial site of Dobby, the house elf.

In the movies, Dobby is freed from slavery by Harry Potter when the young wizard gifts him a sock.

The beloved character dies at the franchise’s end and is buried at Shell Cottage. That location is the real-life Freshwater West Beach in Wales and has become a huge tourist destination.

The problem is that many people come to pay their respects to the fictional character, and leave his favourite thing behind, socks.

All the trash has caused massive environmental concerns and prompted a review by the National Trust Wales.

After a lengthy review, they say the site can remain open but ask tourists only to take pictures.

A statement reads, “The Trust is asking visitors only to take photos when visiting the memorial to help protect the wider landscape. Items like socks, trinkets, and paint chips from painted pebbles could enter the marine environment and food chain and put wildlife at risk.”

So for now, you can still pay your respects to Dobby, the free elf, but keep the knick-knacks at home.

Went for a walk along Freshwater West and found this memorial to Dobby the house-elf, complete with dozens of lovingly placed socks pic.twitter.com/iSRObQmtVU