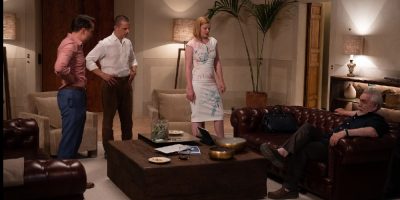 More intense family drama is on the way for the Roy family.

HBO’s released the teaser trailer for season 4 of ‘Succession.’

As for Tom (Shiv’s husband), if you watched the end of season 3, you know he’s in the dog house.

Succession has been a massive hit since debuting in 2018 and earned an Emmy this year for best drama series.

No official release date yet for season 4, but it’s expected to be out spring 2023.