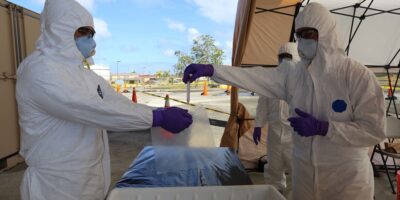 On Wednesday, Ontario’s Auditor General released a report critical of the provincial government’s response to the COVID-19 pandemic. Deputy Premier and Minister of Health Christine Elliott calls the report a “mischaracterization.”

“Today’s Auditor General’s report is a disappointment, and in many respects, a mischaracterization of the provinces pandemic response,” said Elliott on Wednesday morning. “While we welcome certain of the recommendations from the Auditor General, many in areas where we were continuing to make improvements, we have different views on various aspects of her report.”

The report, released by Auditor General Bonnie Lysyk, found the provincial response was hampered by delays and confusion in decision-making resulting in a slower and more reactive response than seen in other provinces. Elliott claims the province was swift to respond. “Ontario has taken rapid action on all fronts to respond to this extraordinary challenge,” she said. “We have built an extensive provincial plan to protect Ontarians throughout this outbreak, and we have been unequivocal in our commitment to protecting the health and safety of all Ontarians.”

RELATED: AUDITOR GENERAL CRITICAL OF ONTARIO’S RESPONSE TO COVID-19; “SLOWER AND MORE REACTIVE” THAN IN OTHER PROVINCES

The report states Chief Medical Officer of Health Dr. David Williams did not fully exercise his power in response to the pandemic and that directives were not issued to local officials to ensure a consistent response across Ontario. Elliott countered by saying the advice provided by Williams and the province’s advisory table was followed. “Thanks to the efforts across government, and with the guidance and advice of our public health officials, including and especially our Chief Medical Officer of health, Ontario has been a leader in our pandemic response.”

“No jurisdiction is perfect, and we are certainly no exception. But our job in such an unprecedented crisis as this one is to make the best decisions we can with the best available information, and that we have done since COVID-19, was first identified as a public health issue,” Elliott added.