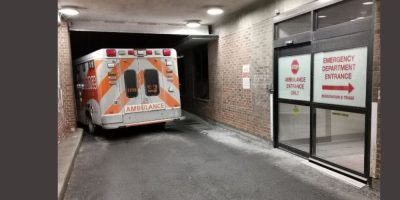 Ontario’s health minister is not ruling out privatization as the government looks at ways to deal with a major staff shortage straining hospitals across the province.

Sylvia Jones said the government is considering many ideas in an effort to keep emergency departments from closing.

When asked if further privatization of the health system could occur, Jones said “all options are on the table.”

“I’m saying that there is innovation and opportunities here in Ontario, and we will explore those,” she said at the legislature on Wednesday.

Emergency departments across Ontario have had to close for hours or days at a time this summer, which health-care officials say is due to a nurse staffing crisis. Some small rural hospitals have been hit harder than larger urban hospitals.

Jones said she’s been in talks with hospital corporations in an effort to fix the problem. The government is considering changes to the health system, she said, although she did not specify what those would be.

“We’ve always had a public health-care system in the province of Ontario and we will continue to,” she said.

“Are we looking at options? Absolutely. There are jurisdictions in other parts of Canada, in the world, that have other opportunities that we’re going to look at and all of those suggestions are being considered.”

Interim NDP Leader Peter Tabuns said any health-care privatization “would be a disaster for Ontario.”

Advocates have urged Premier Doug Ford to repeal public sector wage restraint legislation that he introduced in 2019, saying it is harming efforts to recruit and retain nurses.

Jones and Ford were peppered Tuesday about the ongoing pressures in hospitals as they attended the first Question Period since the Progressive Conservatives’ re-election in June.

Both did not call it a crisis, saying the government was investing in the health-care system.

“If there was 5,000 nurses that could fly from the sky, we’d be hiring them tomorrow,” Ford said.

Jones said she is looking at “tweaks” to the health-care system to help the problems in emergency departments.

She said she has met with hospital administrators and nurses unions to get more ideas on what to do. But she said she is being cautious to understand how any suggested changes could affect other parts of the health-care system.

“You can’t just fix what is happening in health care shortages in an emergency department and not appreciate and understand that there are impacts that may happen in the community through community care services, through (personal support workers), through long term care,” she said.

Last week, Jones sent directives to the College of Nurses of Ontario and the College of Physicians and Surgeons of Ontario, urging them to make every effort to register internationally educated nurses and doctors in the province as fast as possible.

The issue of privatization in health care has been in the spotlight elsewhere in the country recently.

The British Columbia Court of Appeal upheld a lower court’s dismissal of a Vancouver surgeon’s challenge of that province’s Medicare Protection Act, saying bans on extra-billing and private insurance do not violate the Charter.

The decision upholds the law aimed at ensuring access to medical care in the public system is based on need, not a patient’s ability to pay.

Banner image: An ambulance is parked at the emergency department at the Lakeridge Health hospital in Bowmanville, Ont. on Wednesday January 12, 2022. Ontario’s health minister would not rule out further privatization in health care among a number of possibilities being considered as the province deals with major staff shortages in hospitals. THE CANADIAN PRESS/Doug Ives