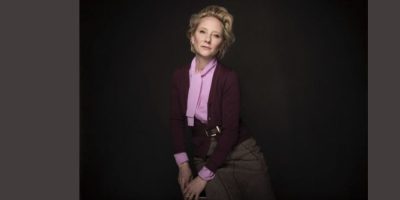 By Lynn Elber in Los Angeles via The Associated Press

Anne Heche remains on life support and under evaluation for organ donation after a car crash that led to her brain death, a representative for the actor said Friday.

Under current California law, death can be determined by the loss of all brain function and in accordance with accepted medical standards.

While Heche is legally dead, she’s on life support and “her heart is still beating” so that the nonprofit organization OneLegacy can determine if she can be a donor, spokeswoman Holly Baird said in a statement.

The process, which involves assessing which organs are viable and finding an appropriate recipient, could take from one day to several days, Baird told The Associated Press.

In the U.S., most organ transplants are done after the donor has been declared brain-dead.

The actor suffered a “severe anoxic brain injury,” caused by a lack of oxygen, when her car crashed into a Los Angeles area home Aug. 5 and fire erupted, according to a statement released Thursday that said she wasn’t expected to survive.

She’s been hospitalized at a Los Angeles burn center.

“This is a sad day. I’m sending Anne’s children, family and friends all of my love,” Ellen DeGeneres said Friday on Twitter amid reports of Heche’s dire condition. They were a couple from 1997 to 2000.

Detectives investigating the crash said narcotics were found in a blood sample taken from Heche, though toxicology tests still had to be performed to differentiate them from drugs she was given for her injuries, Los Angeles police said.

A native of Ohio, Heche first came to prominence on the NBC soap opera “Another World” from 1987 to 1991. She won a Daytime Emmy Award for the role of twins Marley and Vicky.

In the late 1990s she became one of the hottest actors in Hollywood, a constant on magazine covers and in big-budget films. In 1997 alone, she played opposite Johnny Depp as his wife in “Donnie Brasco” and Tommy Lee Jones in “Volcano” and was part of the ensemble cast in the original “I Know What You Did Last Summer.”

The following year, she starred with Harrison Ford in “Six Days, Seven Nights” and appeared with Vince Vaughn and Joaquin Phoenix in “Return to Paradise.”

Banner image: Actress Anne Heche poses for a portrait to promote the film, “The Last Word” during the Sundance Film Festival in Park City, Utah on Jan. 23, 2017. A spokesperson for Heche says the actor is on life support after suffering a brain injury in a fiery crash a week ago and isn’t expected to survive. The statement released on behalf of her family said she is being kept on life support to determine if she is a viable organ donor. (Photo by Taylor Jewell/Invision/AP, File)