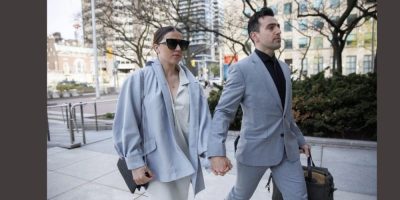 Canadian musician Jacob Hoggard, who is currently awaiting a verdict in his sexual assault trial, has been charged in another alleged sexual assault.

Hoggard, the frontman for the band Hedley, was charged in March with sexual assault causing bodily harm in an incident alleged to have taken place on June 25, 2016 in Kirkland Lake, Ont.

The case was briefly before a court in nearby Haileybury, Ont., last Thursday – just days after Hoggard took the stand in Toronto, where he is charged with sexually assaulting two women, one of whom was 16 at the time.

The new charge – which is due back before the court Aug. 4 – could not be reported on at the time due to the risk of tainting the jury hearing the Toronto case. But jurors there have now begun their deliberations, meaning the new charge can be made public.

Hoggard’s lawyer, Megan Savard, said Tuesday her client is innocent and denies the new allegation. She said he will plead not guilty.

The incidents at the heart of the Toronto trial, meanwhile, took place in the Toronto area in September and November of that year.

Hoggard was charged in 2018 with two counts of sexual assault causing bodily harm and one of sexual interference, a charge that refers to the sexual touching of a person under 16. He has pleaded not guilty to all charges.

Prosecutors allege he violently and repeatedly raped each complainant in separate incidents, leaving them bleeding, bruised and sore.

They also allege he groped the younger complainant after a concert in Toronto in April 2016, when she was still 15.

It’s an agreed fact that both complainants were from out of town and Hoggard arranged to bring them to his hotel room while in Toronto for performances.

Both complainants have testified they cried and said no throughout the encounters. The two women, who said they had never met or spoken with each other, also testified Hoggard spit in their mouths, slapped them and called them “slut” and “whore.”

The younger complainant said Hoggard pushed her face into the pillows, making it difficult for her to breathe. The second complainant, meanwhile, said he choked her hard enough to make her fear for her life. She also said that at one point, he dragged her into the bathroom by her legs and asked her to urinate on him, which she refused.

The defence argues Hoggard had consensual sex with the complainants, suggesting the women made up the allegations afterward.

In his testimony, Hoggard denied raping the complainants or touching the younger complainant in a sexual manner before she turned 16.

He agreed the spitting, slapping, name-calling and request for urination may have happened because those were among his sexual preferences. He denied restricting the complainants’ breathing, saying that was not something he enjoyed.

The singer also acknowledged that he does not have a detailed memory of what happened during the encounters, but said he has no doubt the complainants consented because it is his practice to pay attention to his sexual partners’ verbal and non-verbal cues.

Banner image: Canadian musician Jacob Hoggard arrives alongside his wife Rebekah Asselstine, for his sex assault trial at the Toronto courthouse on Tuesday, May 10, 2022 in Toronto. THE CANADIAN PRESS/Cole Burston 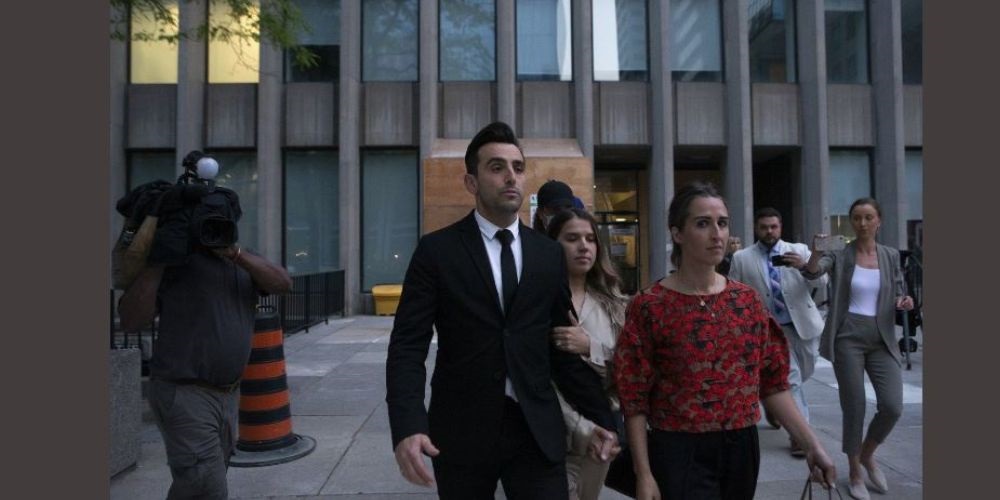 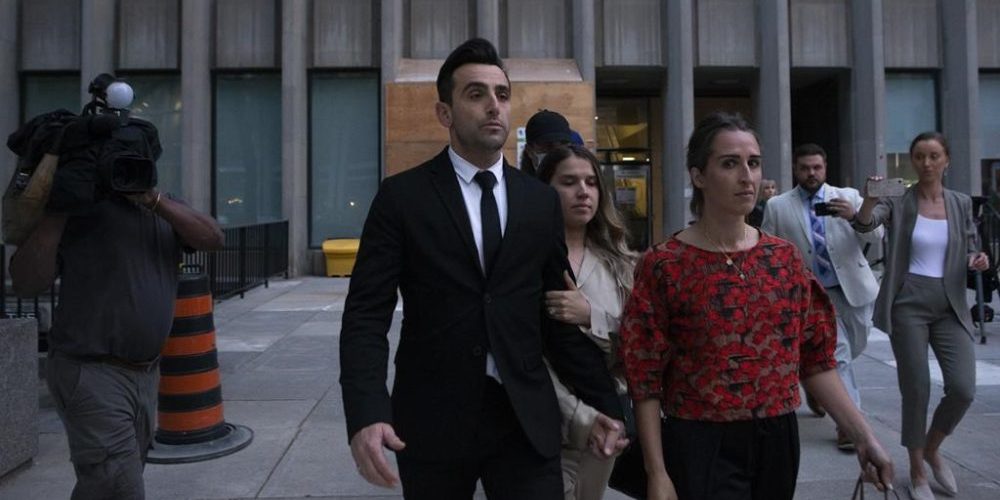 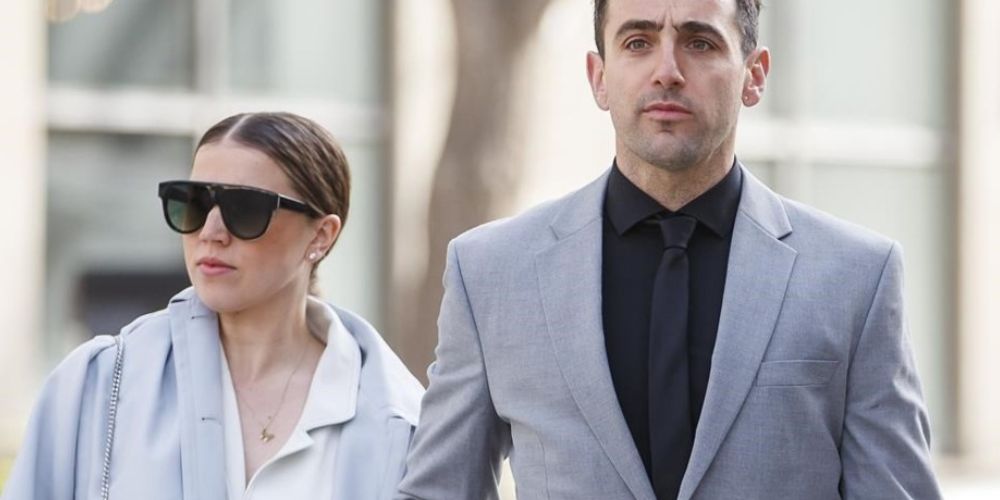 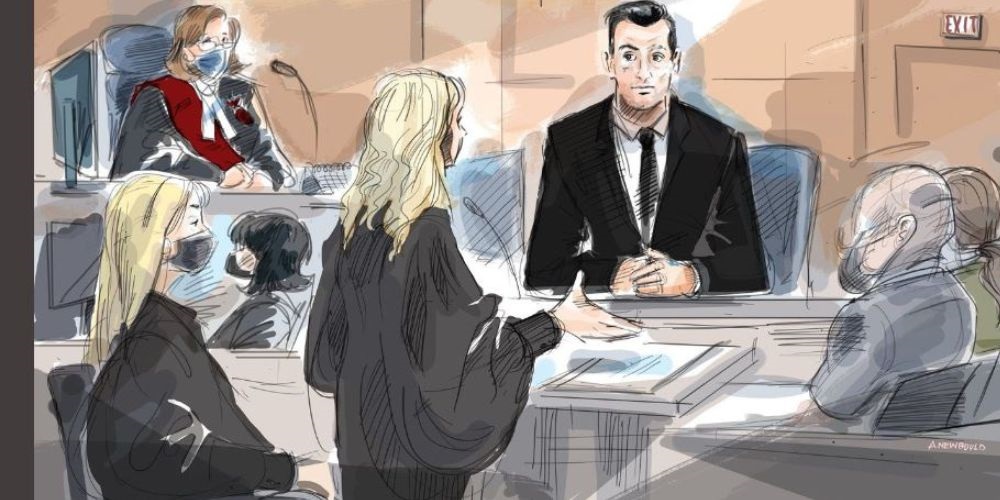 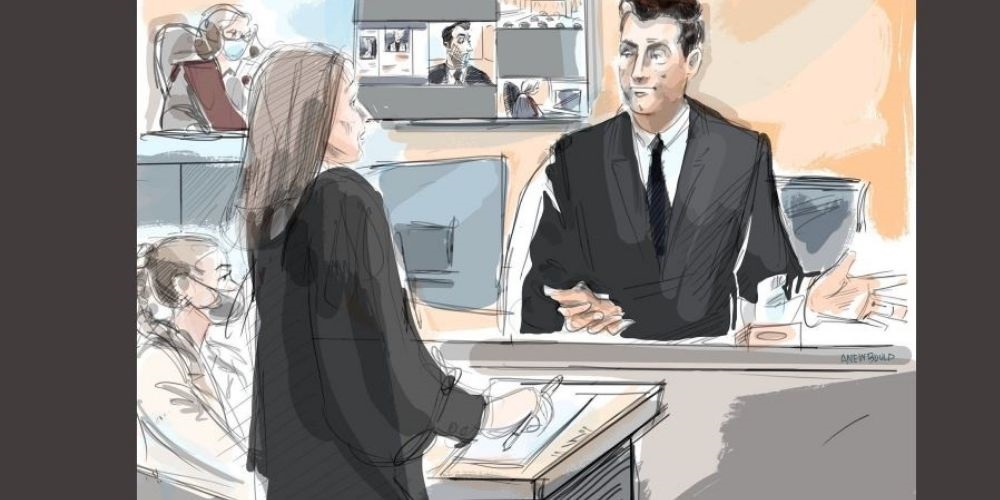 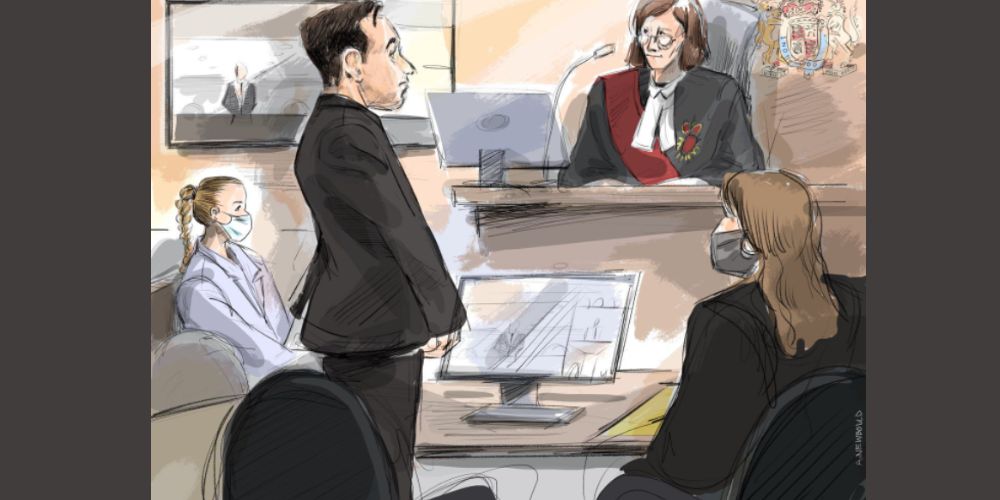