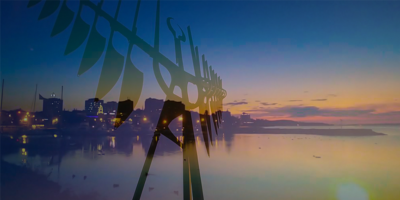 There was no shortage of things to talk about in 2019; downtown Barrie revamping, Don Cherry getting sacked, education strikes every once in a while, and even talk of an impeachment south of the border, and that was just in the past few months.

Looking back over the past twelve months, however, there are some stories that stood out to the Barrie 360 newsroom; either based on social media interaction or through old fashioned phone calls to the newsroom, these are the stories you were talking about in 2019:

As with many Barrie 360 posts, this story generated a lot of feedback on social media, positive and negative. Justin Trudeau’s pair of campaign stops in Barrie pulled a large crowd of supporters and naysayers alike, perhaps an early indication his party would go on to form a minority government.

In February, four people were arrested, accused of forcing 43 people, mostly men, into modern-day slavery. The group was freed in early 2019 after tips came in about a Barrie-based cleaning company that was forcing migrants to clean area hotels and resorts. The victims paid large sums of money to be brought to the area with promises of higher education or work visas but were instead forced to live in squalor while their wages were garnished, according to investigators.

High water levels marred the beach-going season in Wasaga this year. Strong winds brought in some floodwaters over a few days in August, forcing the closure of Beach Drive and Beach Area One. The Town of Wasaga Beach’s operations department got to work, clearing sand from the asphalt, grading the sand, and essentially recreating a beach that was washed away in a day.

Ontario’s Autism Program had a roller coaster of a year; it began with an announcement from the Ontario Government of a shake-up to the system, with claims it would help alleviate a swelling waitlist. That was met with blowback from the Autism community, and following extensive consultation, a new needs-based Autism program was introduced. Even Social Services Minister Todd Smith admitted: “No government has ever gotten this file right, including our own.”

In the Spring of 2019, several Muskoka communities were hit with what many call a Hundred-Year Flood, a weather event so significant, it should only happen once a century. Hardest hit was the Town of Bracebridge, which declared a State of Emergency over the amount of floodwater in town. It was ten days before water levels stabilized, even longer before normalcy returned to the region.

When a rainbow crosswalk was proposed for Downtown Barrie early this year, it was met with pushback from some on Barrie City Council, claiming it wasn’t an appropriate use of taxpayer funds. Instead, money for the LGBTQ+ symbol was privately raised, and in less than 24 hours. The rainbow crosswalk at Barrie’s waterfront was vandalized not long after its unveiling as someone used their car to leave black skid marks across the coloured walkway.

Over the course of 2019, many in Barrie participated in a difficult discussion: a rise in opioid-related overdoses and deaths in the city. The City of Barrie stopped short of declaring a Public Health Emergency in March, while the number of emergency room visits due to opioid use continued to increase over the year. Debate over a proposed safe injection site within the city became heated, within council chambers and beyond, a debate that continues to this day.

Toronto’s 114-110 Game Six win ignited a massive celebration from coast to coast, including in Barrie, after the Raptors claimed their first NBA title. Kawhi Leonard was named the NBA finals MVP after leading the Raptors in points throughout the entire postseason and was among the guests of honour at a parade that crawled through the streets of Toronto.

A stretch of the 400 south of Barrie was shut down for hours in late February, following a massive pileup involving about seventy vehicles. The crash happened in southbound lanes and involved several transport trucks. Barrie Transit buses were brought in to act as emergency shelters for some of those involved, as weather conditions were severe at the time. Despite the number of vehicles involved, there were no major injuries reported.

1: The Rise and Fall of Roxodus

From the onset, the Roxodus music festival sounded too good to be true; an all-star line up of A-list talent expected to perform at an airstrip in Clearview Township, including headlining act Aerosmith. Many music fans shelled out for tickets to the show, only to be left holding the bag. The organizers behind Roxodus, MF Live Inc., announced a week before the show was to begin that the whole thing was canceled. MF Live would declare bankruptcy not long after, leaving behind a long list of creditors and millions owed.