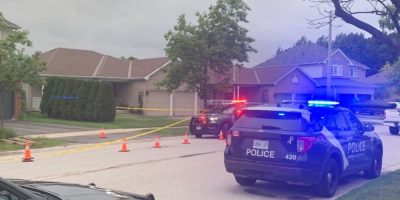 Barrie police say two suspects are in custody following a shooting around 6 p.m. on Tuesday.

Officers responded to a residence on Country Lane near Mapleview Drive in the city’s south end. A man was transported to a Toronto trauma centre with serious injuries.

Police believe this is an isolated incident and there is no risk to public safety.

An update from police will be provided Wednesday morning.