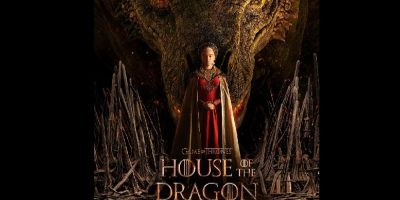 The Targaryens are on fire!

The “Game of Thrones” spinoff “House of the Dragon” killed it this weekend, bringing in nearly 10 million viewers for its premiere episode.

The G.O.T prequel aired Sunday on HBO, bringing in the largest audience in the company’s history.

The anticipation of “House of the Dragon” had people nostalgic for the show that began it all. Reports say there was a giant boost in viewership for “Game of Thrones” leading up to the prequels premier.

The show is based on the immensely popular book Fire & Blood by A Song of Ice and Fire author George R.R. Martin.

The events in “House of the Dragon” take place well before the events of “G.O.T” and follows the powerful Targaryen family as they rule with Blood and Fire.

Chief Content Officer of both HBO and HBO Max, Casey Bloys issued a statement saying, “It was wonderful to see millions of Game of Thrones fans return with us to Westeros last night. House of the Dragon features an incredibly talented cast and crew who poured their heart and soul into the production, and we’re ecstatic with viewers’ positive response.”

feature image courtesy of house of the dragon via facebook/hbo