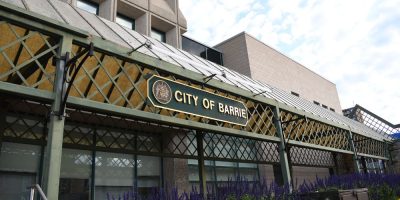 The housing bill passed by the Ford government this week could leave the City of Barrie with a $90 million gap.

The $90 million is the estimating staff have presented to Mayor Alex Nuttall, and he doesn’t see that number being reduced, in fact, he sees that number increasing.

One of the most controversial aspects of the bill that passed Monday is freezing, reducing and exempting fees developers pay to build affordable housing, non-profit housing and inclusionary zoning units – meaning affordable housing in new developments – as well as some rental units.

Those fees go to municipalities and are then used to pay for services to support new homes, such as road and sewer infrastructure and community centres.

The Association of Municipalities of Ontario (AMO) has said the changes could leave municipalities short $5 billion and see taxpayers footing the bill – either in the form of higher property taxes or service cuts – and there is nothing in the bill that would guarantee improved housing affordability.

Premier Doug Ford’s housing push comes as the government attempts to get 1.5 million homes built in 10 years, while high inflation and interest rates force the province to revise projections for housing starts downward. Ontario expects to build fewer than 80,000 new homes a year in the next couple of years.

The province has identified 29 municipalities in which the bulk of the new housing will need to be built in order to reach that goal, and will require them to develop “pledges” of how they will meet their assigned targets.

Housing affordability was a major issue in Barrie says Nuttall, when he was at the doors throughout the municipal election campaign, and he says that in May he announced he would support waiving development charges on affordable housing, something the province did not allow at that point.

“At the same time, some of the other changes in Bill 23 have gone a lot further, and they create that hole we are talking about.”

He says the fees collected through development charges pay for things like the wastewater treatment facility, new rec centres and services the city needs, as well as hard infrastructure like roads and sewers.

“And that makes things challenging, especially when you consider the changing economy that we are seeing in terms of higher interest rates and a predicated slowdown,” says Nuttall.

“If we are truly going to build affordable housing in this province, if all the mayors and councillors who said during their municipal election they want to incent more housing opportunity in their communities, this is a way that the government has very clearly said we wanted to investigate,” Clark said Monday after the bill’s passage.

AMO and other critics say that reducing or eliminating those fees does not guarantee developers will pass the savings on to buyers.

Clark said he is working with the federal government to secure support for municipalities to pay for critical infrastructure.

Nuttall says the changes mean the city will have to find other ways to fund certain infrastructure or find ways to reduce the amount of infrastructure that is going to be built.

“When you have a $240 million wastewater treatment facility upgrade required in order to protect Lake Simcoe, as well as service all of these new homes and jobs coming to Barrie, it creates quite a difficult situation for us.”

The mayor has exchanged letters with the premier’s office, as well as the office of the minister of housing.

“We look forward to a more in-depth conversation over the coming weeks to figure out how to repair the hole in this without having to go back to the taxpayer.”