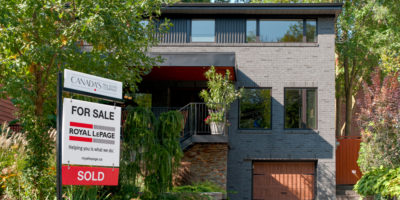 We never know the true impact of government interference until it bears its head down the road. If you’re looking around the bend and thinking it’s time to buy or sell a home, you might see fewer for sale signs and more price reductions.

It has clearly been a sluggish start to the first quarter of housing activity. Aside from a number of strong Ontario markets, the lingering effects from that federally-charged housing correction of 2018 are being seen across our country.

Lets start in the Barrie area where prices remain below year-ago levels, down 4.3 per cent. Nationally, the price of a home increased just 2.7 per cent year-over-year, according to the Royal LePage National House Price Composite, released Thursday. That 2.7 per cent figure is well below the long-term norm of approximately 5 per cent.

Phil Soper is the president and CEO of Royal LePage and says the entire year will remain sluggish. But, he does have some good news for those newbies out there. He says the upside for the Canadian housing market is the increased likelihood that interest rate hikes are on hold for the foreseeable future.

“There is a silver lining here. This slowdown gives buyers, and first-time buyers in particular, an opportunity to buy real estate in our country’s largest cities, said Soper.”

Another indicator is the Teranet–National Bank National Composite House Price Index. Their latest index showed a 0.4% drop in home prices month-over-month – the largest February decline in 19 years (excluding the recession year of 2009).

What Economists Say About Barrie

Chief Economist for the Canadian Real Estate Association Gregory Klump was in Barrie in March to speak at the REALTalk Market Outlook event, put on by the Barrie and District Association of REALTORS (BDAR).

Klump called the Barrie housing market “balanced.” He says both supply and demand for housing are roughly similar. He says both buyers and sellers can expect increases in housing prices to be “more closely indexed with inflation starting in 2020.”

The latest report (February) on Barrie area home sales shows that most residential property sales came from outside of Barrie proper. That’s a stark contrast from February of 2018, where the majority of units sold came from within the City. There were 25 per cent fewer residential units sold this February over last. National home sales hit levels not seen since 2012 over the winter time. The number of homes trading hands was down from in February across all major Canadian cities.

The newly released federal budget comes with a mouth-watering pitch for prospective first-time buyers, something similar in nature to an almost interest-free-loan. Basically you won’t have to payback the loan until years down the road. The First Time Home Buyer Incentive could see Canada Mortgage and Housing Corp. contribute up to 10 per cent of the purchase price of a home. The program does cap out at four times the applicant’s annual income.