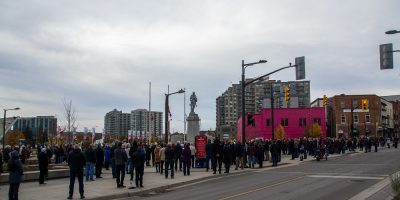 While an official, invite-only Remembrance Day ceremony was held at Barrie’s legion, many local residents decided to pay their respects in person.

Hundreds of people showed up at the cenotaph at Barrie’s Memorial Square before 11 a.m. Thursday, to place poppies on the monument, lay a wreath nearby, or simply remember and reflect.

The ceremony held at Barrie’s legion was attended by local dignitaries including Mayor Jeff Lehman, MPP Doug Downey, MP John Brassard, and Barrie Police Chief Kimberley Greenwood. Also in attendance were Silver Cross Mother Beth McKay and her husband Fred, who laid a wreath during the ceremony in honour of their son. Private Kevin McKay was 24-years-old and two days from the end of his tour of duty in Afghanistan when he was killed by an improvised explosive device on May 13, 2010.

RELATED: Barrie High School grad killed in Afghanistan wanted to make sure the kids there could go to school …

Provincially, a ceremony was held at the Veterans’ Memorial on the front lawn of Queen’s Park. Veterans and active service members were honoured at an outdoor service, with fewer attendees and at a physical distance. Dignitaries included Premier Doug Ford, Heritage Minister Lisa MacLeod, and Brigadier-General Peter Scott, Commander, 4th Canadian Division. Video of the ceremony is available on YouTube.

A federal Remembrance Day ceremony was held at the National War Monument in Ottawa. The ceremony included marching bands, wreath laying, and public speeches, something widely deterred during last year’s time of reflection. In attendance was Prime Minister Justin Trudeau who was joined by other dignitaries in laying wreaths at the national memorial.

“More than 2.3 million Canadians have served in uniform since Confederation, and more than 120,000 made the ultimate sacrifice. Thanks to their selflessness, dedication, and bravery, members of our military and police have been defending freedom, peace, and democracy – the values that we cherish deeply within our hearts,” said Trudeau in a prepared statement. “We pause to remember their brave sacrifices, and acknowledge a debt we can never repay. We pay tribute to those who have lost their lives, and those who have been physically or mentally scarred by their service, as well as their family members and loved ones.” 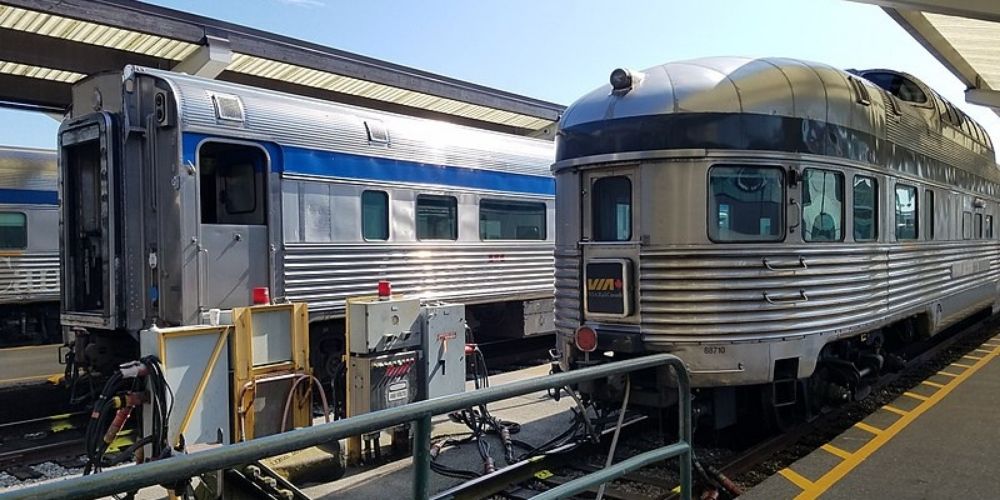