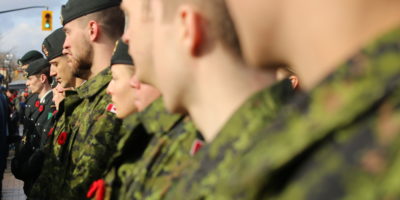 Related: No Domestic air or rail travel in Canada for anyone with symptoms

To date, no provincial government has asked for the help of the Armed Forces, but on Monday Prime Minister Justin Trudeau said that the Canadian Forces have been preparing for that call. “We took precautionary measures early in the crisis. We will be there, we’re ready to help,” said Minister of National Defence Harjit Sajjan.

As of April 1, Rear Admiral Craig Baines, commander of Maritime Forces Atlantic, ordered the crews of the HMCS Moncton and HMCS Ville de Québec to be ‘sequestered’ in order to preserve their health.

Baines wrote in a letter on Monday saying, “tough decisions need to be made in order to preserve the Royal Canadian Navy’s ability to assist the civilian authorities and Canadians during this pandemic.”