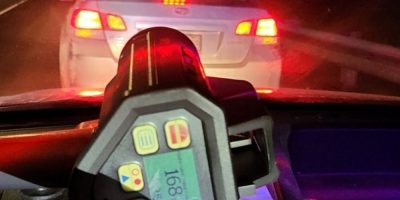 An Innisfil man may have had some explaining to do to the boss.

Aurora OPP said they charged a motorist with stunt driving after he was clocked doing 168 km/h in a posted 100 km/h zone on Highway 400 southbound near King Road around 5 a.m. on Monday.

According to police, the driver said he was running late for work.

The motorist will have his licence suspended for 30-days, and their car will be impounded for 14 days.

Meanwhile, another Innisfil driver was also charged with stunt driving.

The 17-year-old male driver was also charged with speeding.

His licence was suspended, and his vehicle was impounded.