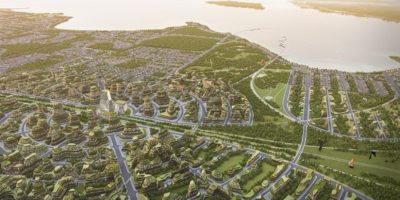 In anticipation of explosive population growth, the town of Innisfil is planning ahead with The Orbit.

Innisfil Council has given the nod to a far-reaching community building plan, centered around the upcoming GO Station, built in the area of the 6th Line and 20th Sideroad of Innisfil. It is said to be designed while keeping in mind how people will live, travel, interact, work, and play.

It is anticipated that The Orbit, while built around the GO Station, wold mean residents no longer need to travel to Barrie or Toronto for work or shopping, as it would include a full suite of amenities. It would include pedestrian-first streets, enhanced cycling options, and other transportation options, connecting Orbit residents to the surrounding hamlets that make up Innisfil.

The first priority to establishing The Orbit is getting a new GO Station built, expected in the coming years. The Town of Innisfil continues to take public opinion on the station, including what amenities residents want. You can weigh in through a public survey on the Town’s website.