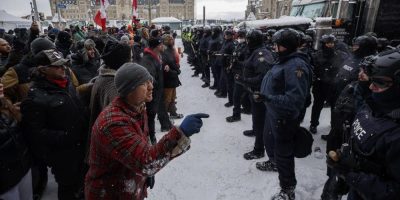 The public inquiry into the federal government’s unprecedented use of the Emergencies Act during “Freedom Convoy” protests last winter begins on Thursday, and dozens of witnesses, including Prime Minister Justin Trudeau and high−profile convoy organizers, are expected to testify.

The Liberal government invoked the Emergencies Act on Feb. 14, granting to police extraordinary temporary powers to clear people out of downtown Ottawa and to banks to freeze the accounts of some of those involved.

Protesters, who had raised millions of dollars through online crowdfunding sites, were calling for an end to the federal government’s COVID−19 vaccine mandates, and in some cases an end to the Trudeau government.

Protesters had set up a bouncy castle, a hot tub and dozens of structures on the streets surrounding Parliament Hill by mid−February, while people in big rigs kept their trucks running and blared their horns day and night until a court injunction lessened the noise. Protesters pledged to stay.

The noise and disruption led to mounting public frustration from people living nearby, and Ottawa police and city officials described a state of “lawlessness” as they struggled to maintain order.

Trudeau cited “serious challenges to law enforcement’s ability to effectively enforce the law” when he announced plans to invoke the act for the first time since it was introduced in 1988.

“This is about keeping Canadians safe, protecting people’s jobs, and restoring confidence in our institutions,” he said at the time.

The Emergencies Act requires that a public inquiry be called to examine the government’s decision−making any time it is invoked.

The Public Order Emergency Commission and Ontario Appeal Court Justice Paul Rouleau, who is the lead commissioner, will assess the basis for the government’s decision and the appropriateness and effectiveness of the measures taken to deal with the blockades. They will also review whether there should be any changes to the Emergencies Act itself.

Since it was established on April 25, the commission has been collecting documents and interviewing dozens of people, including central figures in the “Freedom Convoy” such as Tamara Lich, Chris Barber, Pat King and James Bauder — all facing criminal charges for their roles.

A draft list of potential witnesses at the hearings includes outgoing Ottawa Mayor Jim Watson and senior city officials, members of the Ottawa Police Services Board, and David Vigneault, director of the Canadian Security Intelligence Service.

Peter Sloly, who resigned as Ottawa police chief during the convoy, and his replacement, interim police chief Steve Bell, are also expected to testify. So are Finance Minister Chrystia Freeland and Public Safety Minister Marco Mendicino.

Mendicino told reporters last week the Emergencies Act was necessary to restore order across the country, including on Wellington Street “where for three weeks, the situation was virtually ungovernable.”

“We will co−operate fully with Judge Rouleau and his review and his commission, and look forward to receiving any lessons learned or any recommendations that come out of it,” Mendicino said.

Keith Wilson, a lawyer with the Justice Centre for Constitutional Freedoms who is representing a number of key convoy organizers, said his clients are eager to talk about what was happening and why they were in Ottawa.

“They’re hoping it will become apparent, which many already know, that there was no need to invoke the Emergencies Act,” he said.

A number of community groups representing people living in and around downtown Ottawa are also taking part.

“I’m hoping they will delve a little bit about the actual impact on businesses and residents and not just the occupation,” said Louise Lapointe, who leads Action Sandy Hill.

The government said it will be providing sensitive cabinet documents to the commission, but there have been concerns about whether that — and other critical information — will be made public. Rouleau has not said whether he will release information protected by cabinet confidence.

Ryan Alford, a professor at Lakehead University who is representing the Canadian Constitution Foundation at the inquiry, said he is concerned government and police agencies will try to shield evidence from the public, citing national security concerns.

“This would be a nightmare,” he said.

Commission lawyers will question witnesses, much like in a regular court setting, but unlike a court, the inquiry is tasked with fact−finding and making recommendations, rather than assigning blame.

Cara Zwibel, a lawyer with the Canadian Civil Liberties Association, says the process will hold government accountable and help get the full story about why cabinet enacted the emergency legislation.

The commission has until mid−February to deliver its final report to Parliament. 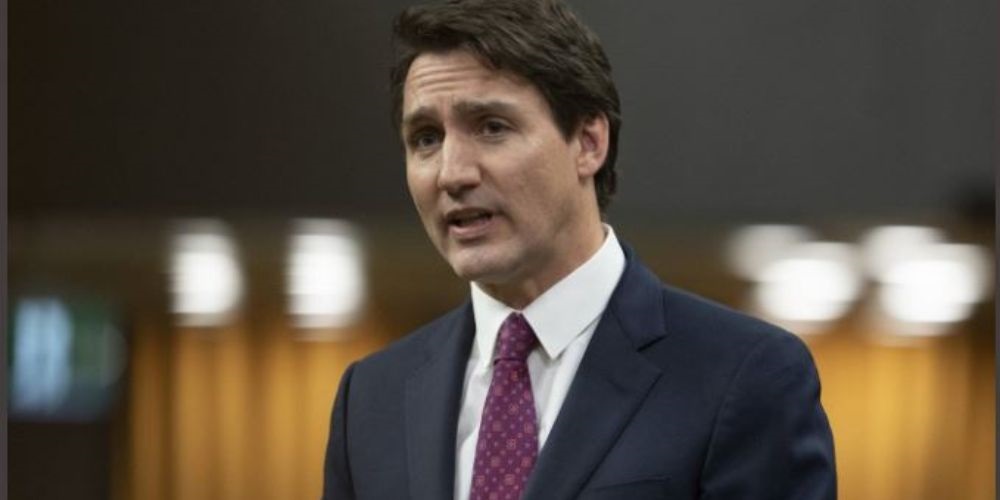