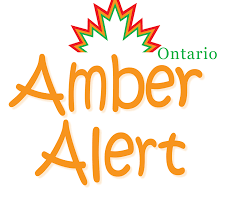 There were eight AMBER alerts activated in Ontario last year, and of those, that included 12 abducted children within the province. Of those 12 children, 11 of them were located safety and six out of the eight suspects were arrested. All eight abductions in 2019 had a family connection.

All AMBER Alerts in 2019 were requested by municipal or regional police service investigations and issued by the OPP on their behalf, as the OPP is the authorized issuer for AMBER Alerts in Ontario.

Besides media broadcasts, AMBER Alert notifications are also sent to mobile phones, and several were sent in the middle of the night last year, prompting some complaints from the public.

Last fall, Hamilton Police charged a 70 year old man with mischief after he called 911 to “purposely tie up emergency lines” after an AMBER Alert was issued.

The OPP say once a child is abducted there is no way to determine the exact location the abductor is headed. It is important to alert the entire province, which is consistent with all other provinces in Canada. The AMBER Alert on April 25, 2019 concluded at a distance of over 290 kilometres and the AMBER Alert on May 14, 2019 concluded at a distance of over 400 kilometres within a few short hours.

“Your child has been abducted. Those are words no parent ever wants to hear. You maybe sick to your stomach and feel helpless. I know as a parent, you want every possible set of eyes on the lookout in hopes of a safe return for your child. That is the purpose of the AMBER Alert Program.” says OPP Inspector Angie McCollum of Community Safety Services.

International AMBER Alert Awareness Day honours the memory of 9-year-old Amber Hagerman who was abducted and murdered in Arlington, Texas on January 13, 1996. The AMBER Alert program is being used in Canada, the United States of America and many other countries around the world.