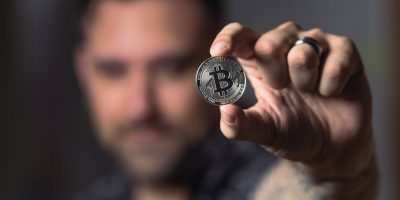 The cloud of skepticism among major investors when it comes to the validity and stability of cryptocurrencies appears to be dissipating as the price of Bitcoin hit another record high.

Bitcoin hit above $52,000 early on Wednesday, pushing its year-to-date gains up to around 80 per cent.

The rally comes a day after Bitcoin rose above $50,000US for the first time on Tuesday.

The rapid rise of late could be because other so-called ‘significant’ investors are following Tesla’s lead and warming up to cryptocurrencies.

Earlier this month Tesla sent shockwaves through global markets when it bought-up $1.5 billion US in bitcoin. The company also announced it would soon be accepting bitcoin in exchange for electric vehicles.

“We are preparing right now for the future of crypto and payments, announcing that this year Mastercard will start supporting select cryptocurrencies directly on our network. This is a big change that will require a lot of work,” Dhamodharan wrote.

Skeptics are still cautioning that this could be the biggest bubble yet, saying that bitcoin and other cryptocurrencies have zero intrinsic value.

“The only thing I can expect for sure is volatility, from day one, this has been a risky investment for people,” David Yermack, a professor of finance at New York University Stern School of Business, told CNBC news.

In a recent speech, Deputy Governor at the Bank of Canada, Tim Lane called the cryptocurrency rush “speculative mania.”

“The recent spike in cryptocurrency prices looks less like a trend and more like a speculative mania, an atmosphere in which one high-profile tweet is enough to trigger a sudden jump in price,” Lane said in prepared remarks.