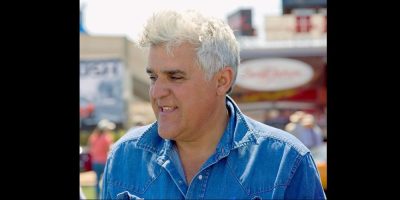 Jay Leno is at home recovering from severe burns he suffered last week.

Ten days ago, the former Tonight Show host sustained severe burns to his face, chest and hands while working on a vintage car.

Since then, he’s undergone two grafting procedures to remove unhealthy tissue and promote healing. There’s also footage of the 74-year-old in a hyperbaric chamber.

Before leaving the Grossman Burn Centre, he posed for a picture with staff and caregivers, showing scarring along his neck, chin and arm.

His doctor released a statement saying “Jay will receive follow-up care at the Grossman Outpatient Burn Clinic for burns to his face, chest and hands he received during a fire at his home garage. Jay would like to let everyone know how thankful he is for the care he received, and is very appreciative of all of the well wishes. He is looking forward to spending Thanksgiving with his family and friends and wishes everyone a wonderful holiday.”

The incident that led him to the hospital happened while working in his vintage car, a 1907 White Steam Car. Reports say there was a gas leak, followed by a spark, causing a fire to erupt.

Following the incident, Leno stated he was doing okay but needed time to recover.