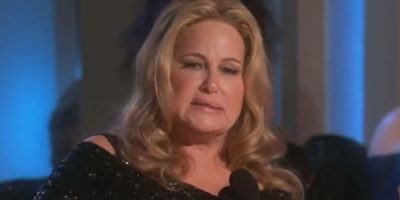 A heartfelt and hilarious speech from Jennifer Coolidge at the Golden Globes last night.

The White Lotus star won for best actress in a limited series.

Her speech was so sweet it brought White Lotus creator Mike White to tears, saying,

She joked that since White Lotus, her neighbours are talking to her and inviting her to parties.

She also thanked the creators of American pie, saying she’ll do as many of the movies as they want her to do as she plans to “milk that to the bone”