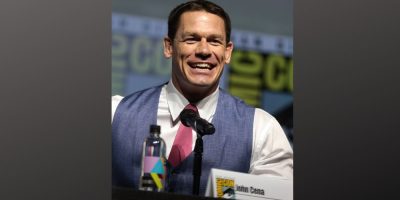 It’s a record he can be very proud of.

Wrestling superstar turned actor John Cena has granted more wishes for the “Make-A-Wish Foundation” than anyone else.

Cena has granted more than 650 wishes since 2002, landing him in the “Guinness Book of World Records.”

The non-profit organization helps fulfill the wishes of children diagnosed with a critical illness.

He’s the most requested celebrity as many children want to meet their hero.

No star has granted more than 200 wishes in the organization’s 42 years of existence, but Cena has blown that out of the water.

His first wish was in 2002, and he’s been heavily involved ever since.