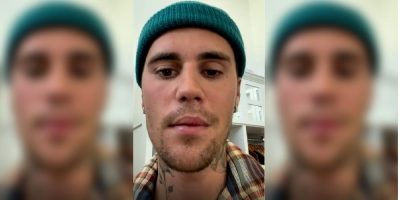 The Stratford, Ontario native took to social media explaining he has facial paralysis due to Ramsay Hunt Syndrome.

In an Instagram video, he shows that the right side of his face doesn’t move, while the left side is unaffected.

He explains the virus attacks the nerves in his ear and face, causing his face paralysis.

Immediately you see he can’t fully blink, smile, or move the nostril on the right side of his face.

“For those frustrated by my cancellations, I’m just physically, obviously, not capable of doing them. This is pretty serious,” he explains.

“My body’s telling me I must slow down, and I’ll be using this time to rest and relax to get back to 100 percent.” he adds.

He explains that he’s been doing facial exercise and other care routines to help him get back to normal.

Reports say that 75% percent of people diagnosed with Ramsay Hunt Syndrome can make a full recovery if it’s treated early.

You can watch his fill statement below.