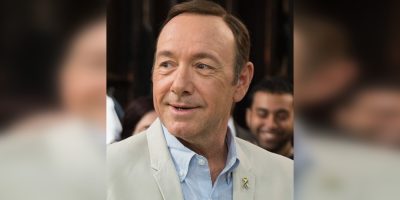 The family of a man accusing Kevin Spacey of indecent assault said they’re “very disappointed” that Massachusetts prosecutors decided Wednesday to drop the charge against the actor. But while the man’s case against Spacey has ended, CBS News legal analyst Rikki Klieman said that prosecutors’ decision to drop the charge “in no way” means that the actor has been exonerated.

The alleged victim said that Spacey groped him in a Nantucket bar when he was 18. Much of the case hinged on evidence from the man’s cell phone — but that case fell apart when he pleaded the Fifth about possibly altering that evidence.

“If you have a complaining witness who is allegedly a sexual assault victim, who is claiming the Fifth Amendment and is therefore is not going to testify, what have you got? You’ve got nothing,” Klieman said.

“The fact that the prosecution… has decided not to go forward in no way says that Kevin Spacey…  has been exonerated,” Klieman added. “The prosecution was simply faced with a case that by virtue of the alleged victim… taking the Fifth Amendment, they didn’t have a witness to say what happened.” The man accusing Spacey of indecent assault and battery said the cell phone he used that night in 2016 contained incriminating text messages and videos.

“He had shot a video of Kevin Spacey sticking his hand inside his pants,” said his mother, Heather Unruh, who testified earlier this month. But the 21-year-old later told authorities he lost the phone. And last week, he pleaded the Fifth Amendment when defense attorneys confronted him about the illegality of altering evidence – for example, manipulating screen shots. After the man pleaded the Fifth, the district attorney filed a motion to drop the case against Spacey, citing “the unavailability of the complaining witness.”

Spacey’s attorney did not respond to CBS News’ request for comment. Spacey could file defamation charges against his accuser. The actor is not out of legal jeopardy completely: He reportedly is still facing sexual assault allegations in Great Britain.