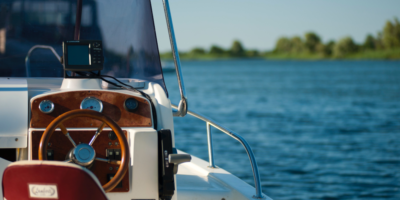 A Facebook event planned for the waters near Lake Couchiching’s Chief Island this weekend has caught some online attention. Much of it is negative.

“Honestly, it started at my marina, in my boat at three o’clock in the morning between me and a friend of mine who just had a little bit too much to drink and thought it was a good idea,” said organizer Brian Christopher Denena of his event planned for the weekend of August 8. He’s calling it Boats and Ropes and is billing the event as a smaller-scale alternative summer get together for the now-cancelled Boots and Hearts festival. He says live music and floating trash receptacles will be provided. “Just bring the bands out and have a good time,” he told Barrie 360.

The Chippewas of Rama First Nation leadership doesn’t see it that way. “Rama leadership have expressed their concerns directly to the organizer, demanding cancellation of the event out of respect for the community and to protect against COVID-19 infection,” according to a statement provided to Barrie 360.

“We have been aware that many boaters have been gathering and enjoying this beautiful spot over the years,” continued the Rama First Nations statement. “There has been an unwritten understanding for people to stay off our sacred lands. We know there are some visitors who have no respect for private property or Mother Earth. As a means to curb the trespassing, we have encouraged our members to occupy the space by utilizing the cabins on the Island to deter guests in the bay.”

“I’m sorry that they feel that way and that they think that we treat their islands in such a negative way but we go there every day,” said Denena. “We don’t want garbage in the water. We don’t want the place to look like trash. We walk in that water every day.”

“This proposed event has become a tipping point for Rama First Nation. It is clear from the many responses we are getting from our members that Chief Island cannot continue to be used this way,” reads the statement from Rama First Nation. “Chief and Council have been working with Rama Police Services and Bylaw to ensure the ongoing protection of our territory. We have and will continue investigating options to prevent future mooring and will be working with the appropriate groups as we move forward.”

As of Tuesday afternoon, the event was scheduled to get underway around noon on August 7.