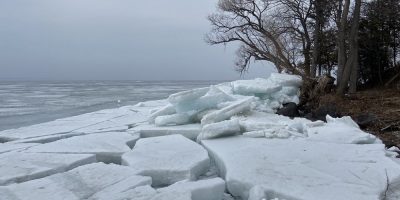 Within two days of launching its new shoreline flood-watch system, LSRCA has issued its first Lake Simcoe shoreline hazard watch today. The watch comes as a result of the wind forecast indicating north winds in the range of 15 kilometres per hour, with gusts up to 23 kilometres per hour, sustained throughout the weekend. This could result in flooding and ice pile-up along the shore.

Residents along the shore of Lake Simcoe are asked to stay vigilant to the possibility of water and ice breaching the shoreline both today and through the weekend because of winds and ice break-up.

This new shoreline flood-watch status adds to the existing riverine flood watch system that has been in place for decades, aimed at advising emergency management, municipalities, school boards, and the media when conditions are favourable for the potential of flooding and/or damage.