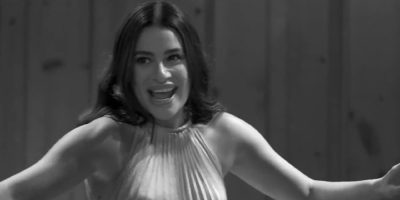 The stage actress and former Glee Star took the lead as Fanny Brice in the production and received six standing ovations throughout the night. Four of those were before intermission.

She had tons of support from big names who showed up, including her former Broadway and Glee Co-star Jonathan Groff.

The role of a lifetime. Lea Michele joins the cast of FUNNY GIRL as Fanny Brice beginning September 6. See you at the August Wilson! pic.twitter.com/nQatXGOzee

Critic reviews of the performance won’t happen until later this month, but fans are already raving about the production.

One particularly funny moment came when Michele delivered the line “I hadn’t read many books.” referencing recent rumours that she doesn’t know how to read. The audience got the joke, and they loved it.

Take a look at the final curtain ovation.