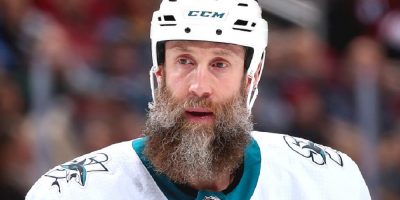 The Toronto Maple Leafs have inked a deal with forward Joe Thornton.

The leafs announced Friday afternoon that the London, Ontario native has signed a one-year, $700,000 contract in a long-rumoured deal finally put to paper.

We’ve got a JUMBO announcement 👀

It is expected Thornton will end his career in the NHL with the Maple Leafs, following a career spanning over seven seasons in Boston and 13 in San Jose. Thornton has been content to sign one-year deals since 2017.

At age 41, Thornton is among the oldest players under contract for the 2021 season.