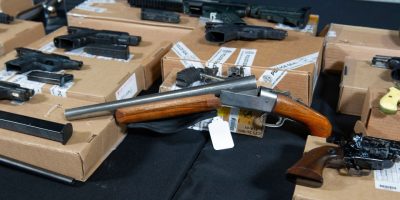 Police in Barie, Orillia and Gravenhurst were in on a street gang bust that resulted in 114 arrests and 800 criminal charges.

“What started as a local investigation into a dangerous street gang known as the Eglinton West Crips turned into a complex, multi-jurisdictional project involving arrests in 15 different cities,” said Deputy Chief Myron Demkiw. “Thanks to the cooperation of these other police services, we have been successful in dismantling this criminal organization and taking guns and drugs off the streets of many communities.”